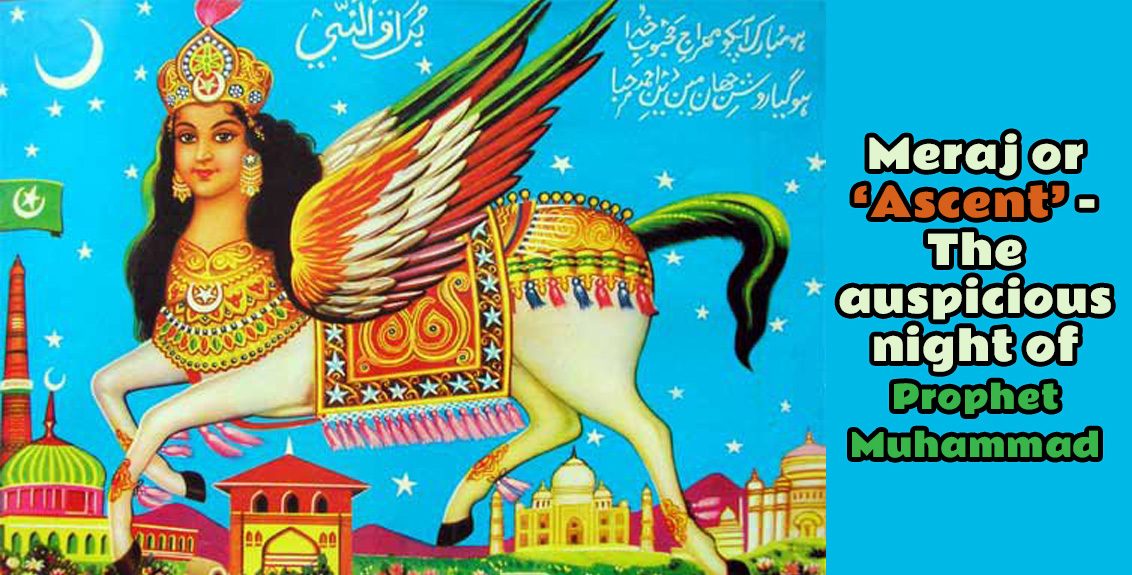 There are a number of legends about the early life of Mohammed, founder of the religion of Islam.

It is said that just before Mohammed’s birth his father, Abdulah, dreamt of his unborn son. He saw growing from his child’s back a tree, which climbed upward, and reaching its full height emitted a light that spread around the world.

Most Muslims interpret the dream and its imagery symbolically. The tree would of course represent the religion of Islam, supported by Mohammed. The light is the wisdom of his teachings that have truly been globally disseminated.

However we also know that the tree in Mohammed’s back could be the ‘tree of life’ and is a common symbol in Middle Eastern and Islamic culture. Carl Jung, after years of studying the language of the unconscious, interpreted the tree of life as one of the universal unconscious’s synonyms for the Kundalini.

The Kundalini, said Jung, is a spiritual energy best documented by (but by no means exclusive to) the yogis of India. It should not at all be surprising, should we take an open- minded and closer look at Islam, that as with the other great religions, we find a deeper, more mystical and universal message: that of self realisation and the mechanism by which it occurs–Kundalini awakening. Every culture and religion has had individuals who have achieved a living, spontaneous, direct experience of their religion. A dynamic, suprahuman awareness that went beyond dogma and blind faith. The Gnostics of Christianity, the Yogis of Hinduism, the Fang- Shi of Tao and the Sufis of Islam all achieved these states and each have spoken of experiences that, despite differences of appearance, are strikingly similar in content.

Abdula’s dream from a yogic perspective.

Let us then look at Abdula’s dream from a yogic perspective. We can suggest that he actually saw the uniquely powerful Kundalini of his son. The ascent of Mohammed’s Kundalini was not simply of individual importance to Mohammed but had global, even cosmic significance. For the light, the divine energy of Mohammed’s Kundalini, was about to affect a spiritual and cultural revolution in Arabia. Mohammed was the vessel through which the universal unconscious, or ‘divine’, or ‘God’ was about to act.

As a child and young man Mohammed showed few signs of his prophetic destiny. He was well known for his moral integrity and good character but it was not until his forties that he became aware of his true purpose. Through a series of transformative experiences Mohammed was prepared for his divine role. These experiences culminated in the amazing Meraj (or ‘Ascent’).

The experience of the Meraj, like the rising kundalini that Abdula had seen, would not only revolutionise Mohammed’s awareness but send out shock waves which resonated in the unconscious of all Arabians and later, all the world.

The Meraj gave Mohammed the confidence, wisdom and superhuman energy to attempt such a revolution.

In this visionary experience the angel Gabriel escorted Mohammed from his humble quarters to the Dome of the Rock in Jerusalem. There the Buraq, a fantastic steed with the body of a horse, the head of a woman and the wings of a bird, greeted him. She shone with dazzling white brightness and her tremendous strength bore Mohammed up into the cosmos through the various divine dimensions.

At the sixth heaven Gabriel brought Mohammed to the verge of the seventh. The archangel said that he himself could go no further. This, the seventh heaven, was the last frontier between god and man and Mohammed was ushered into the place described as the abode of God almighty.

Their Mohammed saw a beautiful, radiant tree with wondrous multicolored leaves. It was here that he communed with God and learned of his true purpose.

This beautiful and inspiring vision has motivated millions of Muslims for more than a thousand years. Its significance becomes even more universal when we examine it from the perspective of kundalini awakening, using the symbolic language of the universal unconscious.

The 7 Heavens are the 7 Chakras

The seventh heaven or chakra is the ‘Crown Chakra’ also termed Sahasrara. Yogis have described it as the most important of all the chakras for it represents the ultimate level of mystic awareness.

Such ancient yogic descriptions of the sahasrara could logically correspond to the resplendent and multicoloured sidrat which Mohammed encountered in the 7th heaven.

The kundalini is a feminine energy often described as an ‘inner goddess’ or ‘mother energy’. Her ascent from the sacrum, through the chakras located in the spinal cord, is the process of self-realisation. When the kundalini arrives in the crown chakra (sahasrara) the seeker experiences the complete transformation of awareness. One is taken beyond the limits of the human mind into the mystical states of meditation described by sufis and yogis alike.

In fact C.G. Jung described the kundalini as the ‘divine feminine ‘or ‘God the mother’. Notably, Mohammed’s vehicle for his own ascent through the heavenly dimensions was the lady-faced, dazzling buraq. The buraq could well be a feminine, Arabic synonym for kundalini.

In conclusion Mohammed’s ascent through the seven heavens was, in fact, the ascent of the kundalini, taking his consciousness with it, to divine union with the god almighty.

It is no coincidence that the entire Meraj is described to have started and finished in an incredibly short period of time: While sitting in his room Mohammad heard someone grasp the door handle and the sound of the latch clicking was the last thing he heard before Gabriel’s appearance and the duo’s departure on their spiritual journey. Mohammed’s return to mundane experience restarts with the next few clicks of the same latch movement. In other words the entire experience occurred in a sort of ‘no-time’. This is not an unusual proposition since meditation is a state of awareness created by the ascent of the kundalini through the chakras. As it pierces the sixth chakra (‘third eye’ or Agnya) and seventh, it takes the meditator into the state of ‘thoughtless awareness’ (Nirvichara Samadhi) and beyond. This is a simple state where one experiences true mental silence, beyond the normal mental awareness of past/future, cause/effect .

The mind, as this editorial column has often discussed before, can only deal with the dimension of past and future, cause and effect, thought and memory. However, the state of meditation begins in the ‘spaces between the thoughts’. This is the numinous dimension where there is no passage of time but only a singular, silent, eternal, thought-free and joyful experience.

It was from this dimension of awareness that Mohammed perceived the divine vision of a universal culture and spirituality. Through his meditative vision he learned of humanity’s higher potential thus his mystic perception of the universal spirit and its presence within each of us became the template upon which he sought to fashion a new society whose foundations lay not in issues of common material interest but in the unique awareness of self realization.

Mohammed was, in fact, laying the first building blocks for the emergence of a spiritual civilization that may only now come into fruition. 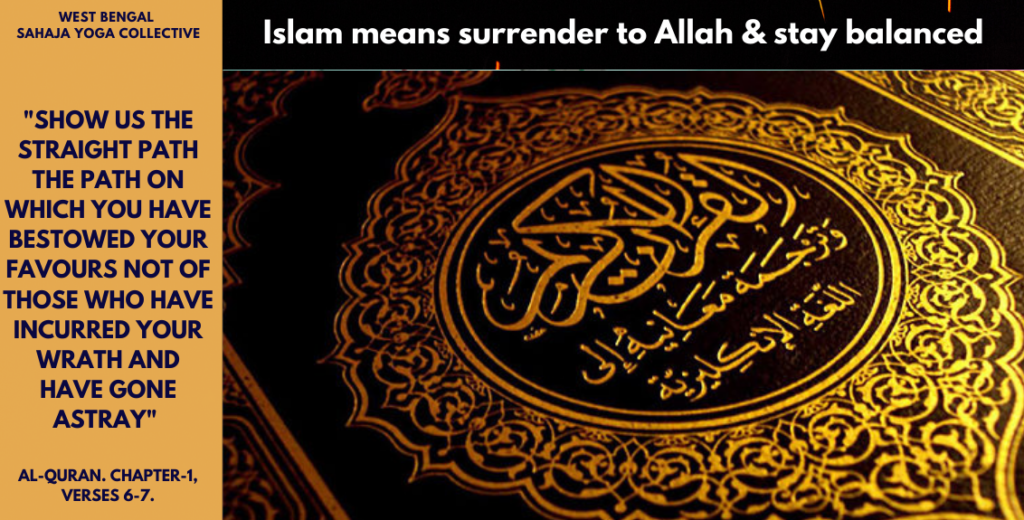 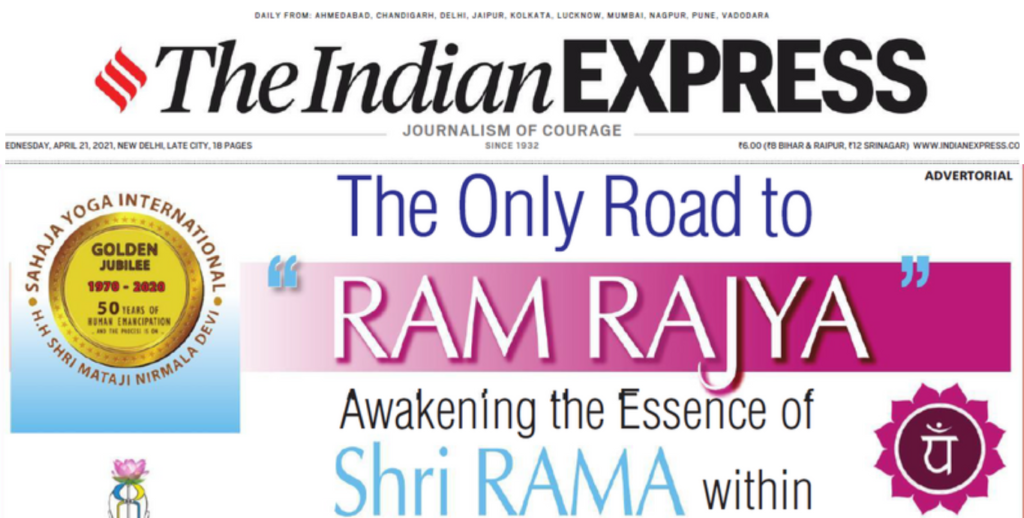 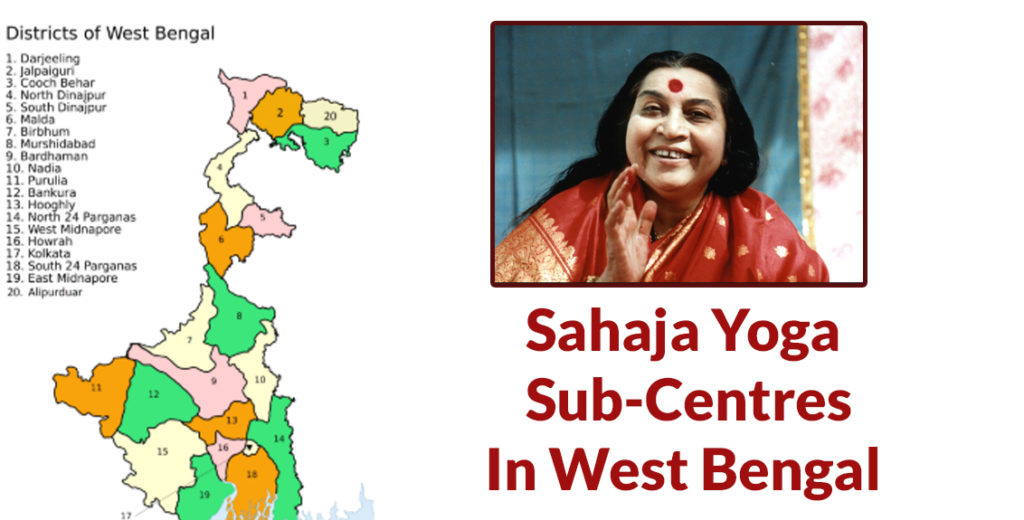