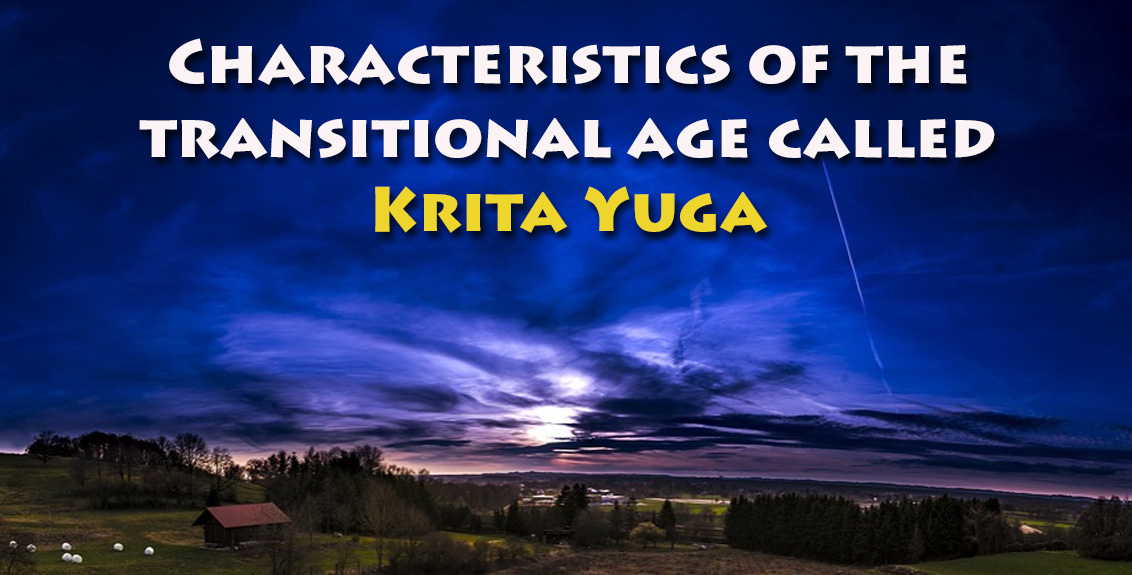 About twenty-five years ago, marking the very first stirring of a new Satya Yuga, the transitional age called Krita Yuga started manifesting itself.

Krita Yuga is a unique period of spiritual awareness, as the all-pervading Divine Power, called the Parama Chaitanya in Sanskrit, has become active at the level of ordinary human existence.

It is predicted that this Divine activity will bring about the long awaited Satya Yuga, the era of growth and of spiritual ascent. All the signs show that it is the era of truth which is now advancing and we can see very clearly, for example, how quite ordinary people are becoming aware of absolute truth and reality through Sahaja Yoga.

Sahaja Yoga is the spontaneous union of the individual consciousness with the all-pervading Divine Power through the awakening of the residual power of the Kundalini which lies dormant within all human beings in the triangular bone at the base of the spine, called the sacrum, the sacred bone.

Krita Yuga has another characteristic by which when this Yuga is manifested, the falsehood of all outside religions, all people in power who are unpatriotic and dishonest will be automatically exposed.

All false prophets and cult leaders will be exposed and all organisations that perpetrate falsehood and hatred in the name of God will also be exposed because in Krita Yuga, the truth is spontaneously brought out.

All corrupt entrepreneurs and false teachers will also be exposed.

A second characteristic of Krita Yuga is that whenever there is a falling away from Dharma, the inner Divine Laws of Righteousness which are innate and which regulate both human existence, the whole worldly structure as well as manifestation of the cosmos, will arise as a result with a corresponding, compensatory effect. This is called the “Law of Polarity” or in Sanskrit “Karma Phalam” (the fruits of action) which means in practical terms, that whatever you have done, you will get the fruits of those actions: “As you sow, so shall you reap”. So in this Yuga, all persons will get their Karma Phalam of present or past.

If they have led their lives in accordance with the universal and eternal laws of being (dharma), they will enjoy an existence which is harmonious and fulfilling. But, on the other hand, whatever wrongs they have done, that is whenever they have fallen out of the central path of dharma, either individually or collectively, they will have to pay for that in this life time.

In Krita Yuga there may be much to suffer.

This is very unfortunate, but it is simply the effect of our own actions which we have to face. Of course suffering can be avoided, if people achieve their ascent into what in yoga we call the state of spirit or Union with the Divine power.

In Krita Yuga, this manifestation of exposure and punishment, through the law of polarity will take place as long as we do not accept the path of absolute spirituality, which is the only true and satisfying path for human beings .. The suffering that befalls people, both collectively and individually, will be nothing but their own Karma Phalam, the result of their own choices in the present times.

However, despite this aspect, Krita Yuga is also a very blissful era for those who are genuinely earnest seekers of truth.

In Krita Yuga, there are unique opportunities for self transformation and, with their ascent, these seekers will achieve a very high state of spirituality. But in this age of Krita Yuga, such is the all-pervading power of Divine compassion and love (the Param Chaitanya) that those who have made mistakes and are consequently suffering, are also redeemed of their sufferings by the blissful activity of this all-pervading Divine power.

Furthermore, it is said in the Puranas, like Markandeya and many others, that the residual power (that innate energy which is always pushing us to seek something higher and which gives human beings their ascent), the Kundalini, will be awakened and will grant Self-Realisation (or knowledge of the Self) to the seekers. This power will also grant them physical, emotional, mental and spiritual bliss, and all the problems which come from our inner being, energy centres of the subtle instrument, will be solved through the spontaneous cleansing and harmonising activity of the Kundalini. In this way, all individual human problems, as well as those collective or social problems that have been created by human beings in this world will be solved.

It is said that this state is meant only for people who, through their ascent, have achieved the state of Selfhood. These are ancient prophesies which can now be seen vividly.

The Indian sage, who may be called the pioneer in this field, was the first great astrologer, Bhrigumuni. In his book ‘Nadi Granth”, he made clear predictions about these modern times.

He also specifically predicted how the Kundalini would be awakened spontaneously through Sahaja Yoga, that is, spontaneous union with the Divine, and become the means of both individual and collective transformation on a mass scale, through teachings and incarnation of a great Yogi. This Yogi would be an unparalleled master of the Kundalini and would teach all the people the ancient secrets of self-transformation.

These are the times described in the Holy Bible as the “Last Judgement” and in the Koran as ” Kiyama” , the Resurrection Time. Astrologically it is also called the Age of Aquarius, the time of rebirth and of great spiritual development on the Earth.

Of course, this is also the age of science and technology in which human beings have progressed beyond the stage of blind faith. And in this great happening of the Last Judgement and the Resurrection Time, one need not, and should not, believe blindfolded in whatever is said about ascent or salvation, but should treat it like a hypothesis, and observe the facts with an open mind like a scientist.

Of course, if a hypothesis is proved, then any honest, scientifically minded modern person has to accept it. The pure knowledge of the Divine, manifesting itself directly through Self-Realisation, will progressively lead to the creation of a new race for the new Age. This knowledge is not then for very few privileged individuals, as it was in the past, but for the benevolence of the whole world. In this way, the last breakthrough of our evolution will be achieved en-masse.

The entire human race can be renewed and transformed. Dharma, righteousness, will once again be universally respected, and human beings will live in peace, harmoniously with themselves, with nature, and with each other.

However, the manifestation of Krita Yuga may not yet be apparent to the majority of human beings since Kali Yuga is still manifesting itself throughout the whole world, but it seems more so in the West and in a much deeper manner.

However, in India and in many other so-called developing countries where dharma is still respected, Kali Yuga has produced a style of life which is no longer so traditional and dharmic, especially in the cities. The Western, modern culture is very dangerously attacking the culture of the East and converting young people to a very cheap, frivolous, superficial and self-promoting way of life.

In the prediction of Nadi Granth, even small details are clearly described that people will start eating their food from steel plates rather than those made of traditional materials, or that children will start answering their parents back, etc. However, India has the advantage that faith in the Divine is not as strongly challenged as in the West, where many take to destructive methods which are anti-Divine. They are more prone to vulgar and immoral practices and accept anything that is Self destructive. 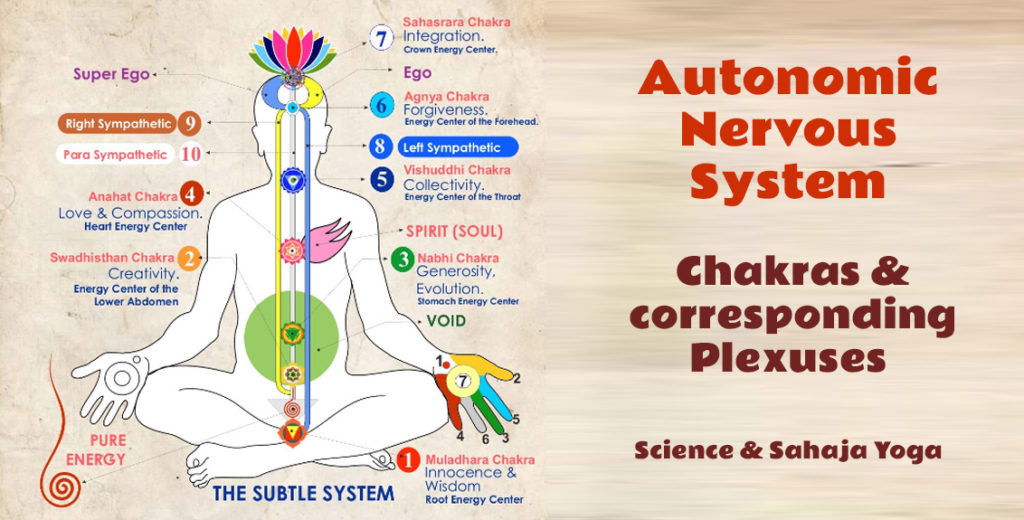 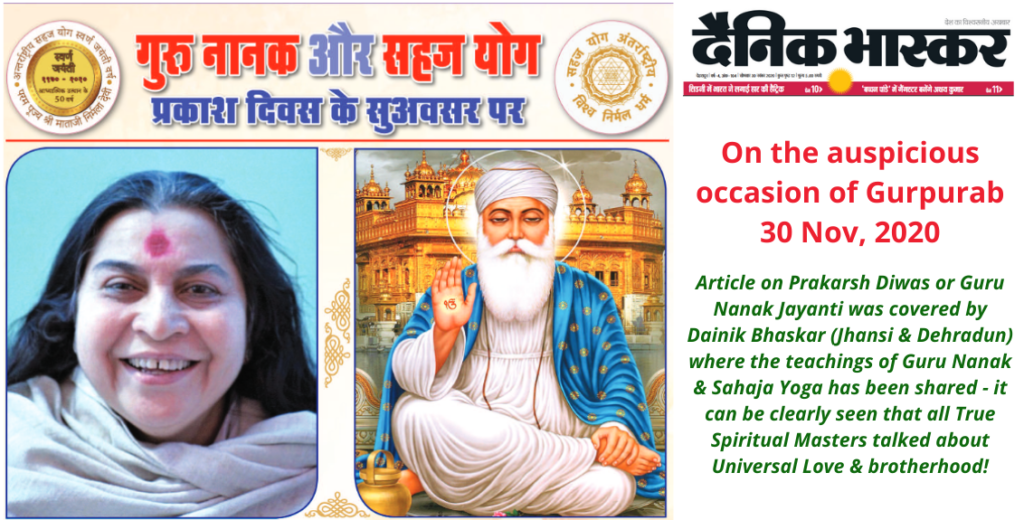 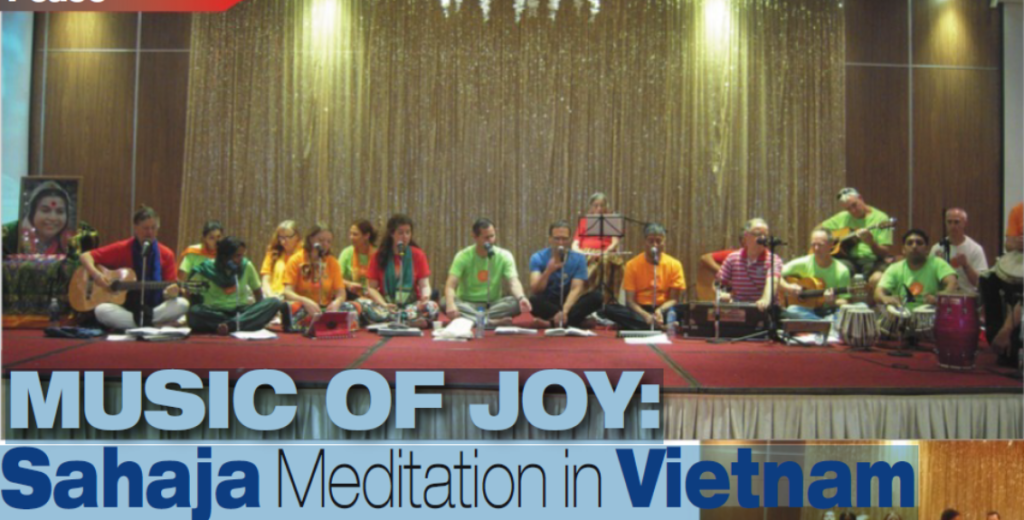